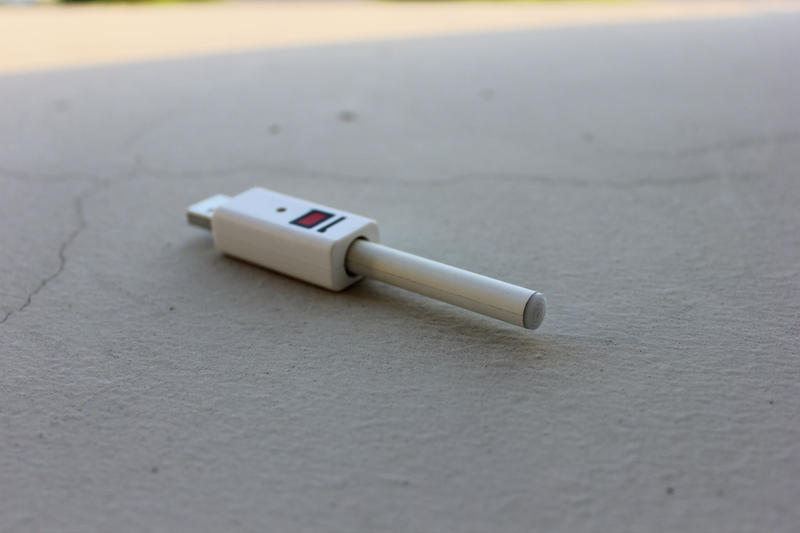 Coleman Middle School Principal Eric Filippi says he was blind to all the different ways drugs can be concealed and the variety of forms that they can take.

“I did not think of it as something that can be put into a spray bottle and be sprayed on food,” Filippi says.

Wichita Public Schools held a training session on Wednesday with its employees about emerging drug trends. Educators like Filippi learned that drugs today come in many more options than familiar forms like pills or powder. Examples brought up included vape pens designed to look like USB drives and the aforementioned spray bottles.

“I’m just trying to process just how deep this goes and what are the implications in Wichita at the school that I work at,” Filippi says.

Galloway says it’s necessary for parents and educators to remain up-to-date on what’s happening with drugs in their community, as drug trends are constantly shifting. He says marijuana use among teens is up nationwide. There’s also the continued issue of opioids and the possible resurgence of meth.

An alarming and growing trend, he says, is more drugs being laced with other drugs, making them hard to identify. This could lead to a backlog at drug testing labs as drugs become harder to distinguish out in the field.

Kimber Kasitz, the coordinator of health services for the school district, says Kansas and Wichita are seeing an increased consumption of edible marijuana products, but there aren’t as many cases of opioid use as there are on the East Coast.

“It’s here, obviously,” Kasitz says. “But we’re not seeing the high rise and increase like we do there."

Social media has added another challenge as it exposes teens to drug trends from around the world.

“Not just Wichita, or not just Kansas — the world is opened up to your kids,” Galloway says.

Keeping up with drug trends will always be a game of catchup for parents and educators, but Galloway says that’s OK.

Stephan Bisaha is the education reporter for the Kansas News Service, a collaboration of KMUW, Kansas Public Radio and KCUR covering health, education and politics. Follow him on Twitter @SteveBisaha.