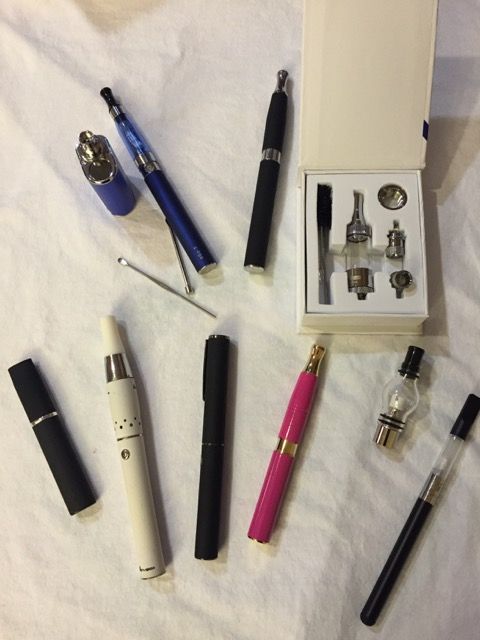 Vape pens are sweeping the country, but what we are quickly finding out (and many people still don’t know) is what is actually inside those vape pens.  First, there are no absolutes when you talk about a vape pen or e- cigarette.  There are vapes that work for nicotine, flavored oils without nicotine, marijuana and even synthetics.  Many people are vaping marijuana, right in front of you, and you may have no idea.  Therein lies the rub.

Now, we are not saying that everyone is smoking drugs out of vape pens.  However, a lot of law enforcement officers are finding that many are using them for drugs.

WHAT’S INSIDE THAT PEN?

Here is where the hurdles occur.  You can’t simply look at someone smoking from a vape pen and know what is inside that they are inhaling from.  So, how can you figure out what someone is actually smoking?

First, we need to understand these pens a little better. The baseline when dealing with vape pens is there are NO ABSOLUTES.

When law enforcement officers and the public were first introduced to vape pens, many of us learned an electric device vaporizes a liquid form of nicotine.  Many forms of nicotine are found in vape shops, convenience stores, gas stations, grocery outlets, and even alcohol outlets depending on the state.

Many of the pens you see that are being used for nicotine look similar to some of the pens in the drug world and vice/versa.

NO ONE SUSPECTS YOU’RE INHALING A DRUG

Over the last few years, vape pens for drug use have become popular.  They can be colorful, small and very discrete, with the latter being a large selling point to these various pens.  Imagine: sitting in class, at a stop light next to a police car, in a dance club or even in a movie theater taking a hit of a drug and no one around you even suspects drug use?  Or sitting in a class room and the professor turns their back for a few seconds as they write on the dry erase board….meanwhile the person next to you is “vaping” but in actuality are taking a hit of something.  What is that something you ask?  If it is a drug, there is a good chance, it is marijuana.

So how can this be done and others might not detect it?  As mentioned in the previous article, marijuana concentrates can be hard to detect, carry very little odor and are not a green, leafy substance.  Once you place these various forms of marijuana into a quality vape pen, that pen can produce little to no odor thereby reducing or eliminating the known odor of marijuana.  Furthermore, the user is receiving a stronger high. Also, any odor that is present, and the lingering smell of marijuana, is reduced, again making it hard to detect.

HOW TO DETERMINE WHAT TYPE OF VAPE PEN IS BEING USED

First, you should open it.  Inside of the pen you might see a raised wick surrounded by a coil, or a flat coil or just a cylinder.  The packed or used residue of the product will be inside these areas.

Wax inside of a vape pen will generally test with law enforcement kits.  Also, if the pen had been smoked recently, there sometimes will be the odor of smoked marijuana coming from inside of the pen.

It should be noted that a closed pen, with wax on the inside, will produce very little to no smell.  Also, if you choose to open it, I would recommend wearing gloves as you don’t know the extraction method or what else it might contain.

Here are the substances we seem to be finding the most in vape pens during traffic stops, in schools, in hospitals, and in other public places: dry herbal marijuana, marijuana, wax, and marijuana oil.

In the end, vape pens are hard to identify, offer a new way of use, are VERY discrete, produce less of an odor and therefore can make some means of drug use easier to use and more mobile.