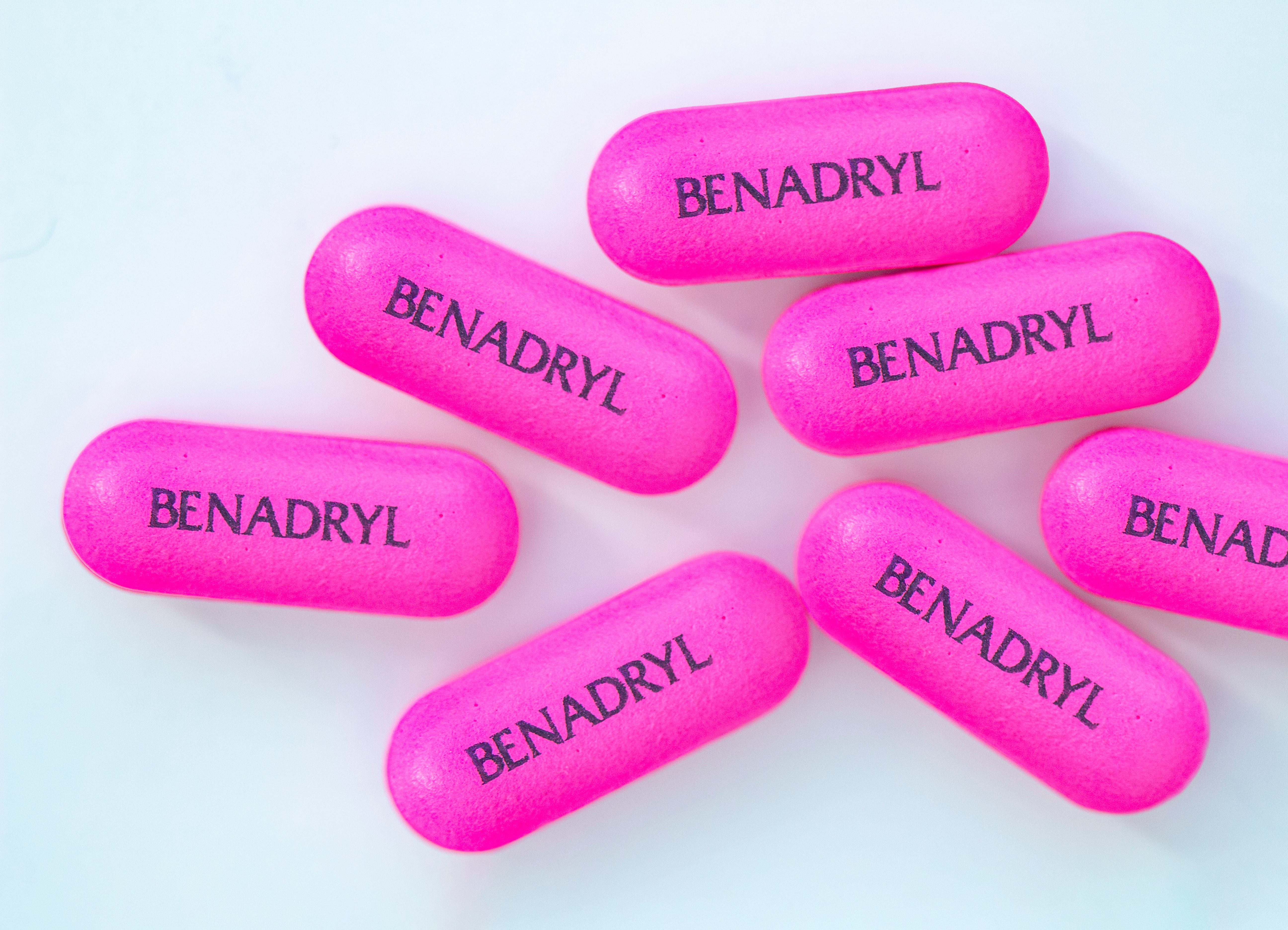 In recent years, this drug has increased in popularity among many drug seekers.  Diphenhydramine comes under many brand names, including Benadryl.  You may also see this drug labeled as a generic “sleep aid”.  Diphenhydramine is a popular, easy-to-get, and many times, an inexpensive drug.

Over the last couple of years, I have received several questions about the street level drug abuse of Diphenhydramine / Benadryl in schools, and on our streets.  For instance, during a drug training in the northwest, I had a police officer highlight his observation of multiple boxes of Benadryl, at the scene of an impaired driving crash where various drug use, was suspected, including Kratom (see the Tall Cop Kratom handout).

For many of those who take Diphenhydramine for medical use, generally 1 tablet is 25 milligrams (but can sometimes be 50 milligrams). For those who are looking for a drug high, we are seeing dosing upwards of 500 milligrams, which can be fatal.  During one recent class, a local health official shared that they had an individual who dosed Diphenhydramine around 1,100 milligrams and it ended up being fatal.

In schools, we have seen youth use “dryl” in high doses to try to reach a hallucination-like high.  This can be achieved for some when used in very dangerous high doses…several hundred milligrams.  In 2020, the FDA sent out a warning about the “Benadryl Challenge” where they highlighted the dangers of large doses of Benadryl:

“We are aware of news reports of teenagers ending up in emergency rooms or dying after participating in the “Benadryl Challenge” encouraged in videos posted on the social media application TikTok.” Source: FDA

Diphenhydramine is that drug that might not stand out in plain sight.  Like many of the OTC’s (over-the-counter drugs) it can be dangerous in high doses.